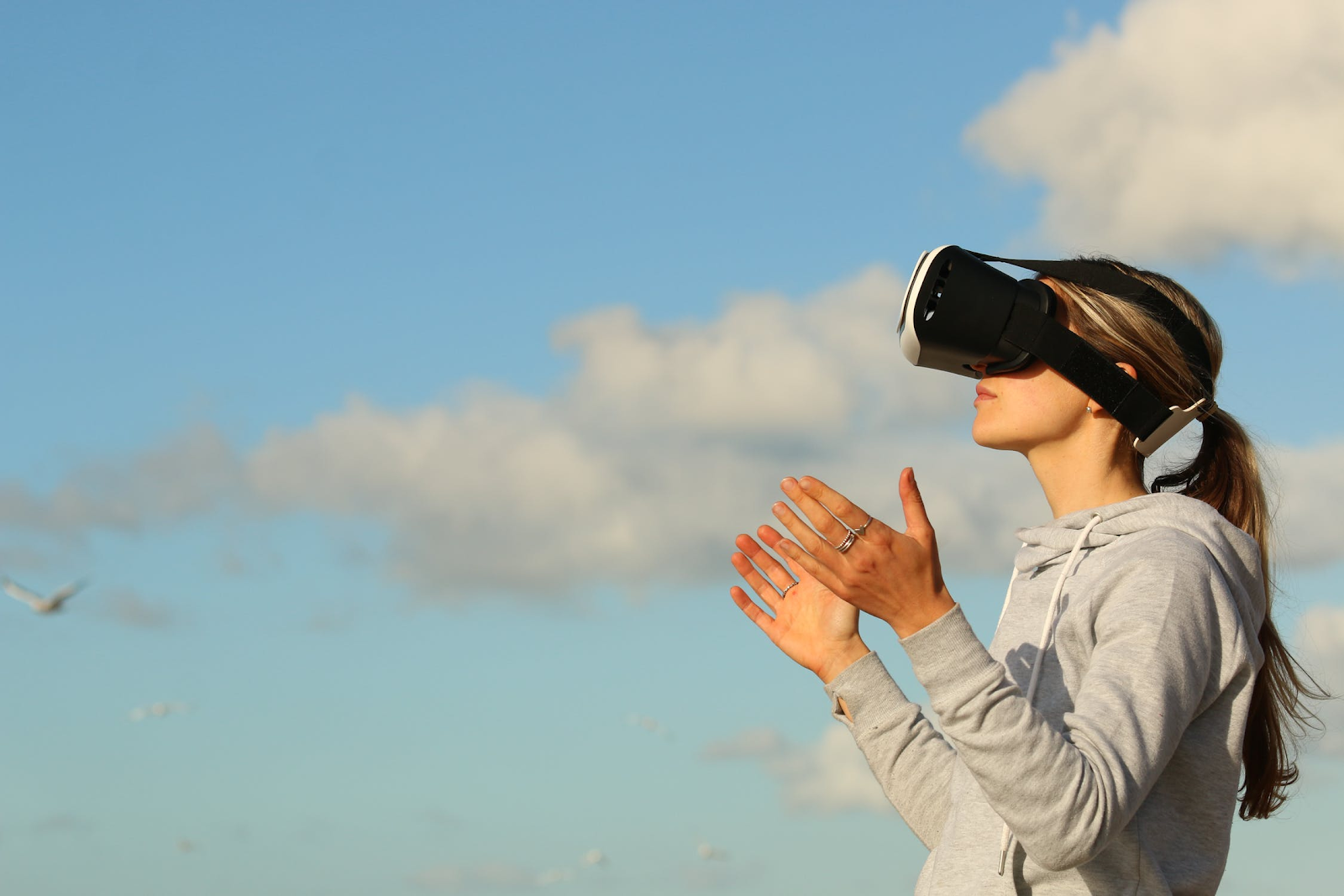 VR’s earliest adopters were gamers, however research by Deloitte Australia, revealed that 75% of the most valuable brands have integrated a VR or AR experience for their customers or employees, or are focused on developing these technologies. Coupled with that, a startling 8 out of 10 top tech companies have already invested in AR and VR. Some of which include renowned brands: Apple, Google, Microsoft, Facebook, Samsung and IBM. As these businesses continue to showcase the opportune advantages of adopting VR software, employees and consumers alike, are recognising its profound impact.

The Top Benefits of VR Training and which companies are using it?

Virtual reality has unearthed the creative power of technology, introducing exciting futures into the ways we engage within the workplace. With its ability to accommodate a fully enclosed digital space, workers can develop critical skills in a stress free environment. VR is a creative, dynamic and visual learning tool, that enhances focus whilst reducing the time spent on educating employees on procedures they may be unfamiliar with. The technology equips them to be effective evaluators in the workplace. Employees are exposed to situations as if they are occurring in real time and are assessed on their response to lifelike immersions.

Through VR training, employees build up a repertoire of industry knowledge on matters of compliance and performance. This makes issues surrounding negligence become preventable, as employees are trained to be hyper aware of their contribution to achieving consistent performance outcomes.

Now let’s dive deeper into VR training by seeing what can be learnt from companies  that decided to ditch laborious methods of traditional learning and jump in the virtual bandwagon.

In 2017 Children’s Hospital Los Angeles began the running of a 6-month VR headset training trial to test how efficient it would be to use VR to help medical personnel in their training. The study was extremely successful, leading to its expansion across 11 other medical institutions and healthcare networks within one year.

CHLA originally sought VR training as a solution due to there being no allocated space for simulation rooms and simulation centres that could be used for training purposes. In addition, the team was only able to conduct in person training sessions two to four times per year with patient care taking up too much time to allow staff to schedule in further training. However, training is crucial in the medical field and CHLA were more than determined to find a solution that would enable their medical team to hone in pediatric emergency training.

The VR approach is highly regarded by CHLA for its prestigious attention to details through videos of medical anatomy, allowing exposure into critical emergencies. Since incorporating the training CHLA is already looking into expanding VR training into other medical fields such as emergency medicine, critical care and obstetrics. Outside of its immersive nature, VR training takes off the burden of in-person training as medical personnel can use VR more frequently and at a time that best suits them.

Real life scenarios/ 360 video VR could be more beneficial in teaching empathy & soft skills. For example, practicing scenarios where nurses would have to inform the family of a death or comforting patients etc.

On July 8 2020 US Fire Administration posted an article titled “Virtual Reality training may save fire fighters lives.” The article provided insight into the high-stake nature of fire fighting training, with statistics showing that from 2008- 2019, USFA reported a total of 109 fatal deaths that occured during live training. The highest cause of death was due to overexertion and stress.

The overexertion fire fighters can find themselves experiencing during these live training sessions, prompting USFA to make the switch to a safe and hazardous free training alternative- VR training. Not only was VR the safest option, it allowed valuable resources to be saved for use in response areas. Fire fighters can also complete training without the concern of damaging their personal protective equipment as VR training encapsulates visualisations of buildings that are replicas of the team’s response area.

The nature of USFA’s VR fire fighting training is rather dynamic. Part of the training includes experiential walk through inspections of first-due areas. Other training sessions can be on repeating after-action response scenarios. Although still fairly new, it is great to see VR training being used for physical-based training, as doing so provides workers with peace of mind in knowing that their safety is a core concern to the business’s operations.

Starting a new job at Honeygrow involves a unique onboarding process where founder Justin Rosenberg greets every new employee and shows them round one of his restaurants, through a VR headset. The training allows trainees to feel as if they are part of the company culture from the very first day on the job. Rosenberg provides great communication on his brand within the mandatory VR training and what better a person to hear about a company’s values than the founder and CEO himself.

One of the great challenges restaurants face is staff retention and turnover rates. As such, Honeygrow decided using VR could help set them apart from other restaurants in the industry because new employees are seeing VR as a fun perk. Rather than being bombarded with information and dragging out unengaging training sessions, new trainees at Honeygrow spend their first two days playing food safety games using VR. These immersion sessions enable the business to function as per usual and gives employee’s impetus to charge ahead in their new role.

NASA have taken on VR through blending together physical reality with virtual reality in their training facility lab, titled Virtual Reality Laboratory (VRL). The VRL is designed for austraunants to experience system rescue scenarios and improve their motion skills through an array of stimulations. A tendon-driven robotic device enables a high quality  experience as austranants engage fully with kinesthetic sensation and even inertia.

To give a clearer idea of how it all works here is a stimulation exercise example. An  astronaut begins their training holding a plastic photo-printed drilling tool in their hands. When wearing a VR headset this same drilling tool appears as a photo realistic representation that is being tracked in 3D space.Other companies such as Boeing used VR to practice pre-launch, landing and docking to prepare for leaving the Earth’s atmosphere. Like NASA, mass handling is involves large physical simulators, making it impossible to practice training directly from the office. As such, Virtual reality has opened up many doors for austraunants in enabling high quality and realistic VR practice from the office, in effect preparing them for the best execution before take off.

The Australian Defence Force have shown great interest in taking on VR training due to its technological appeal for the next generation of millennials. Through the engaging technology, VR can support troops at scale, through its integration of cognitive and experiential learning. ADF is planning ahead to make it a long-term solution for fast unrolling of recruitment and training processes. As of recent, ADF has undergone VR training trials for three services which they offer: language training, peacekeeping operations and joint operations.

There are a multitude of ways VR is transforming the workflow of every industry. VR training uses learning strategies that are far more immersive than has been done before. Innovative companies are able to review and evaluate their employee’s performance measures in effect fast-tracking the training and recruitment process. Even though we have only seen the tip of the iceberg of what is to come, it is evident that VR training provides a revived sense of freedom and engagement in the workplace.